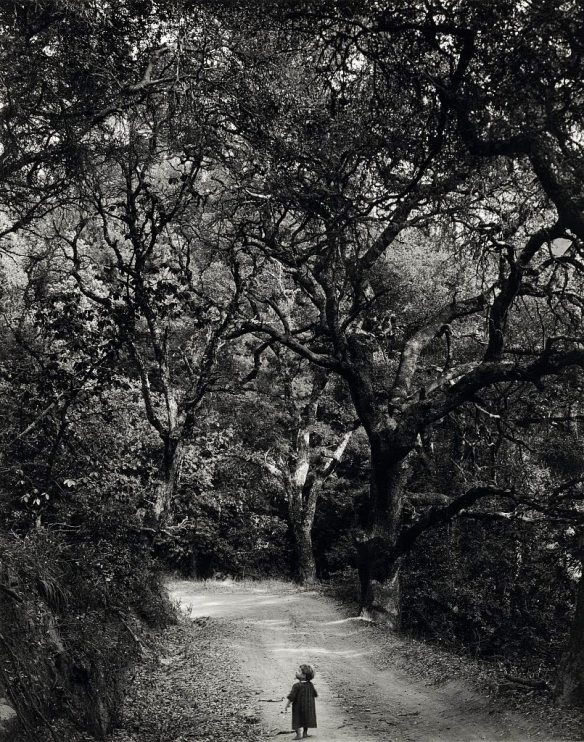 On the bright wall above the narrow crib, with its lateral meshes of white cord and the small icon at its head (lacquered saint’s brown face framed in foil, crimson underside plush somewhat eaten by moths or by Martin himself), hung a watercolor depicting a dense forest with a winding path disappearing into its depths. Now in one of the English books that his mother used to read to him (how slowly and mysteriously she would pronounce the words and how wide she would open her eyes when she reached the end of a page, covering it with her small, lightly freckled hand as she asked, “And what do you think happened next?”) there was a story about just such a picture with a path in the woods, right above the bed of a little boy, who, one fine night, just as he was, nightshirt and all, went from his bed into the picture, onto the path that disappeared into the woods. His mother, thought Martin anxiously, might notice the resemblance between the watercolor on the wall and the illustration in the book; she would then become alarmed and, according to his calculations, avert the nocturnal journey by removing the picture. Therefore every time he prayed in bed before going to sleep (first came a short prayer in English: “Gentle Jesus meek and mild, listen to a little child,” and then “Our Father” in the sibilant, and sibylline, Slavonic version), pattering rapidly and trying to get his knees up on the pillow – which his mother considered inadmissible on ascetic grounds – Martin prayed God that she would not notice that tempting path right over his head. When, as a youth, he recalled the past, he would wonder if one night he had not actually hopped from bed to picture, and if this had not been the beginning of the journey, full of joy and anguish, into which his whole life had turned. He seemed to remember the chilly touch of the ground, the green twilight of the forest, the bends of the trail (which the hump of a great root crossed here and there), the tree trunks flashing by as he ran past them barefoot, and the strange dark air, teeming with fabulous possibilities.

INTERVIEWER: Are you concerned about what you’d leave behind?

JERRY GARCIA: No, I’m hoping to leave a clean field – nothing, not a thing. I’m hoping they burn it all with me. I don’t feel like there’s this body of work that must exist. There’s enough stuff – who needs the clutter, you know? I’d rather have my immortality here while I’m alive. I don’t care if it lasts beyond me at all. I’d just as soon it didn’t.

Photo by Jan Saudek: Children Playing in a Cemetery (1973)

Sexual fantasy is as old as civilization (as opposed to as old as the race), and one of its outward and visible signs is pornographic literature, an entirely middle-class phenomenon, since we are assured by many investigators (Kinsey, Pomeroy, et al.) that the lower orders seldom rely upon sexual fantasy for extra-stimulus. As soon as possible, the uneducated man goes for the real thing. Consequently he seldom masturbates, but when he does he thinks, we are told, of nothing at all. This may be the last meaningful class distinction in the West.

Nevertheless, the sex-in-the-head middle classes that D.H. Lawrence so despised are not the way they are because they want deliberately to be cerebral and anti-life; rather they are innocent victims of necessity and tribal law. For economic reasons they must delay marriage as long as possible. For tribal reasons they are taught that sex outside marriage is wrong. Consequently the man whose first contact with a woman occurs when he is twenty will have spent the sexually most vigorous period of his life masturbating. Not unnaturally, in order to make that solitary act meaningful, the theater of his mind early becomes a Dionysian festival, and should he be a resourceful dramatist he may find actual lovemaking disappointing when he finally gets to it, as Bernard Shaw did. One wonders whether Shaw would have been a dramatist at all if he had first made love to a girl at fourteen, as nature intended, instead of at twenty-nine, as class required.

Photo by Frank Kovalchek: What’s been on man’s mind for a long time! Carnivale mask, Venice (2007) 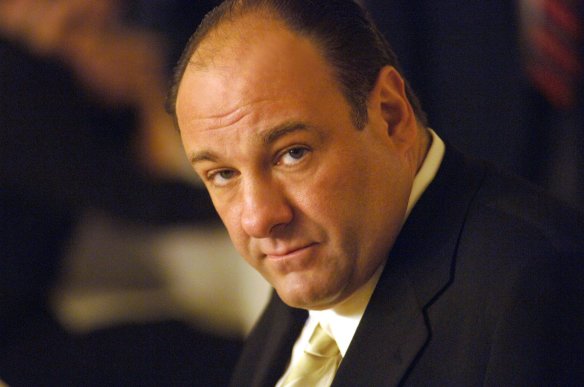 Which arrow flies for ever? The arrow that has hit its mark. 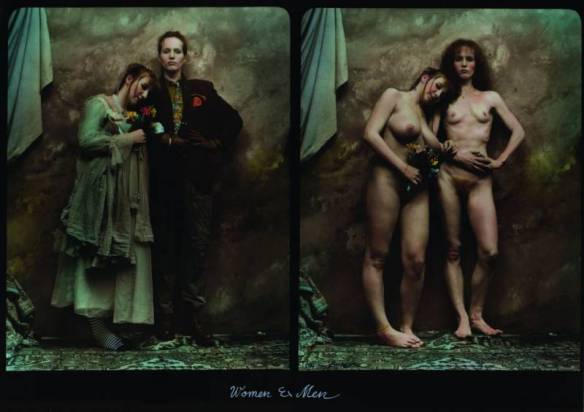 If identity becomes the problem of sexual existence, and if people think that they have to “uncover” their “own identity,” and that their own identity has to become the law, the principle, the code of their existence; if the perennial question they ask is “Does this thing conform to my identity?” then, I think, they will turn back to a kind of ethics very close to the old heterosexual virility. If we are asked to relate to the question of identity, it must be an identity to our unique selves. But the relationships we have to have with ourselves are not ones of identity, rather, they must be relationships of differentiation, of creation, of innovation. To be the same is really boring. We must not exclude identity if people find their pleasure through this identity, but we must not think of this identity as an ethical universal rule.

Michel Foucault
Sex, Power and the Politics of Identity (1984)