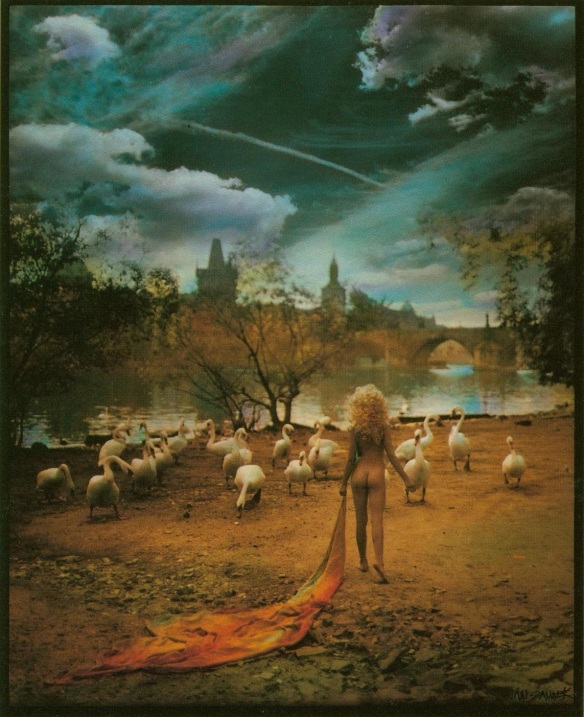 “Oh, yes,” [my mother] would say as I mentioned this or that unusual sensation. “Yes, I know all that,” and with a somewhat eerie ingenuousness she would discuss such things as double sight, and little raps in the woodwork of tripod tables, and premonitions, and the feeling of the déjà vu. A streak of sectarianism ran through her direct ancestry. She went to church only at Lent and Easter. The schismatic mood revealed itself in her healthy distaste for the ritual of the Greek Catholic Church and for its priests. She found a deep appeal in the moral and poetical side of the Gospels, but felt no need in the support of any dogma. The appalling insecurity of an afterlife and its lack of privacy did not enter her thoughts. Her intense and pure religiousness took the form of her having equal faith in the existence of another world and in the impossibility of comprehending it in terms of earthly life. All one could do was to glimpse, amid the haze and the chimeras, something real ahead, just as persons endowed with an unusual persistence of diurnal cerebration are able to perceive in their deepest sleep, somewhere beyond the throes of an entangled and inept nightmare, the ordered reality of the waking hour.

This site uses Akismet to reduce spam. Learn how your comment data is processed.