The nose is really a sexual organ. Smelling. Is. Desiring.

We have five senses, but only two that go beyond the boundaries of ourselves. When you look at someone, it’s just bouncing light, or when you hear them, it’s just sound waves, vibrating air, or touch is just nerve endings tingling…

Know what a smell is? It’s made of the molecules of what you’re smelling. Some part of you, where you meet the air, is airborne. Little molecules of you…Up my nose.

Smelling. And tasting. First the nose, then the tongue. They work as a team, see. The nose tells the body – the heart, the mind, the fingers, the cock – what it wants, and then the tongue explores, finding out what’s edible, what isn’t, what’s most mineral, food for the blood, food for the bones, and therefore most delectable…

[New York, 1985. In a five-star restaurant ROY COHN, a powerful lawyer and MARTIN HELLER, a Reagan Administration Justice Department flackman, are trying to convince JOE PORTER, chief clerk for a Federal Appeals Court Justice, to accept a position in the U.S. Justice Department.]

ROY: (Takes a letter from his suit pocket, hands it to Joe) Here. Fuck it. Came today. Read.

JOE: Roy, this is terrible.

ROY: The whole establishment. Their little rules, because I know no rules. Because I don’t see the law as a dead and arbitrary collection of antiquated dictums. “Thou shall, thou shall not.” Because I know the law is a pliable, breathing, sweating organ.  Because, because…

MARTIN: And he forgot to return it.

JOE: Roy, you know how much I admire you. I know you have your unorthodox ways but I’m sure you did what you thought you needed to do at the time. And I have faith that –

ROY: Not so damp, please. I’ll deny it was a loan. She has no paperwork. Can’t prove a fucking thing.

JOE: I really appreciate your telling me this, and I’ll do whatever I can to help.

ROY: I’ll tell you what you can do. I’m about to be tried, Joe, by a jury that is not a jury of my peers. This disbarment committee, genteel gentlemen, Brahmin lawyers, country-club men, I offend them. To these men I’m what, Martin? What would you say? Some sort of filthy little Jewish troll?

MARTIN HELLER: Well, I wouldn’t go so far as that –

MARTIN: (clears throat uneasily) I’m not here, Roy. I’m not hearing any of this.

ROY: No, of course you’re not. Without the light of the sun, Joseph, these cases, and the fancy lawyers who represent them, will wither and die. A well-placed friend, someone in the Justice Department, say, can turn off the sun. Cast a deep shadow on my behalf. Make them shiver in the cold. If they overstep. They would fear that.

JOE: You’re not asking me to…

JOE: Even if I said yes to the job, it would be illegal to interfere. With the hearings. It’s unethical. No. I can’t.

ROY: “Un-ethical?” (to Martin) Would you excuse us a moment, please?

ROY: “Unethical?” Are you trying to embarrass me in front of my friend?

ROY: Boy, you are really something. What the fuck do you think this is, Sunday School?

ROY: This is gastric juices churning! This is enzymes and acids! This is intestinal is what this is!  Bowel movement and blood-red meat – this stinks! This is politics, Joe. This is the game of being alive. And you think you’re…What? Above that? Above alive is what? Dead. In the clouds. You’re on earth, goddammit! Plant a foot! Stay awhile! 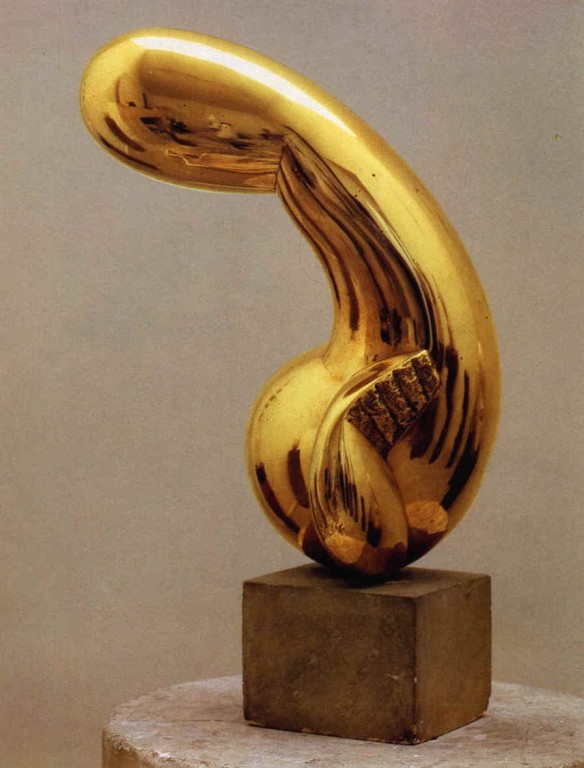 ROY:  – whatever – it afflicts mostly homosexuals and drug addicts.

HENRY: I don’t think I was implying anything.

ROY:  What, what, come on Roy what? Do you think I’m a junkie, Henry, do you see tracks?

HENRY: This is absurd.

HENRY: Oh I’m not going to…

HENRY: Why are you doing this, Roy?

ROY:  No, I mean it. Say it. Say, “Roy Cohn, you are a homosexual.” And I will proceed systematically to destroy your reputation and your practice and your career in the state of New York, Henry. Which you know I can do.

HENRY: Roy, you have been seeing me since 1958. Apart from the facelifts I have treated you for everything from syphilis…

ROY:  From a whore in Dallas.

HENRY: From syphilis to venereal warts. In your rectum. Which you may have gotten from a whore in Dallas. But it wasn’t a female whore.

HENRY: Roy Cohn, you are…You have had sex with men. Many, many times, Roy. And one of those men, or any number of them, has made you very sick. You have AIDS.

ROY:  AIDS. Your problem, Henry, is that you are hung up on words, on labels, that you believe they mean what they seem to mean. AIDS. Homosexual. Gay. Lesbian. You think these are names that tell you who someone sleeps with? They don’t tell you that.

ROY:  No. Like all labels they tell you one thing, and one thing only: where does an individual so identified fit in the food chain, in the pecking order? Not ideology, or sexual taste, but something much simpler: clout. Not who I fuck or who fucks me, but who will pick up the phone when I call, who owes me favors. This is what a label refers to. Now to someone who does not understand this, homosexual is what I am because I have sex with men, but really this is wrong. Homosexuals are not men who sleep with other men.  Homosexuals are men who, in fifteen years of trying, cannot pass a pissant anti-discrimination bill through City Council. Homosexuals are men who know nobody and who nobody knows. Who have zero clout. Does this sound like me, Henry?

ROY:  No. I have clout. Lots. I can pick up this phone, I punch fifteen numbers, you know who’s on the other end in under five minutes, Henry?

ROY:  I don’t want you to be impressed. I want you to understand. This is not sophistry. And this is not hypocrisy. This is reality. I have sex with men. But unlike nearly every other man of whom  this is true, I bring the guy I’m screwing to the White House, and President Reagan smiles at us and shakes his hand, because, what I am is defined entirely by who I am. Roy Cohn is not a homosexual. Roy Cohn is a heterosexual man, Henry, who fucks around with guys.

ROY:  And what is my diagnosis, Henry?

HENRY: (after slight hesitation) You have AIDS, Roy.

ROY:  No, Henry, no. AIDS is what homosexuals have. I have liver cancer. 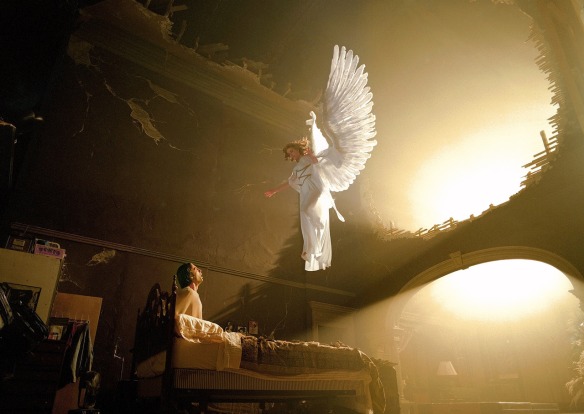 PRIOR: I still want…My blessing. Even sick. I want to be alive.

ANGEL: You only think you do.
Life is a habit with you.
You have not seen what is to come:
We have:
What will the grim Unfolding of these Latter Days bring?
That you or any Being should wish to endure them?
Death more plenteous than all Heaven has tears to mourn it,
The slow dissolving of the Great Design,
The spiraling apart of the Work of Eternity,
The World and its beautiful particle logic
All collapsed. All dead, forever.
In starless, moonlorn onyx night.
We are failing, failing,
The Earth and the Angels.
Look up, look up.
It is Not-to-Be Time.
Oh who asks of the Orders Blessing
With Apocalypse Descending?
Who demands: More Life?
When Death like a Protector
Blinds our eyes, shielding from tender nerve
More horror than can be borne.
Let any Being on whom Fortune smiles
Creep away to Death
Before that last dreadful daybreak
When all your ravaging returns to you
With the rising, scorching, unrelenting Sun:
When morning blisters crimson
And bears all life away,
A tidal wave of Protean Fire
That curls around the planet
And bares the Earth clean as a bone.

PRIOR: But still. Still.  Bless me anyway. I want more life. I can’t help myself. I do. I’ve lived through such terrible times, and there are people who live through much, much worse, but…You see them living anyway. When they’re more spirit than body, more sores than skin, when they’re burned and in agony, when flies lay eggs in the corners of the eyes of their children, they live. Death usually has to take life away. I don’t know if that’s just the animal. I don’t know if it’s not braver to die. But I recognize the habit. The addiction to being alive. So we live past hope. If I can find hope anywhere, that’s it, that’s the best I can do. It’s so much not enough. It’s so inadequate, but…Bless me anyway. I want more life.

Photo: Prior Walter (Justin Kirk) and the Angel (Emma Thompson) in Mike Nichols’ 2003 film of Angels in America